SOME THOUGHTS ON COVENANT THEOLOGY AND ON JUSTIFICATION #2 Rowland S. Ward   The Presbyterian Banner – April 2002 In the previous issue I outlined the concept of a covenant with Adam requiring obedience to the obtaining of eternal life. Adam’s failure in this covenant plunged the race into ruin, but through the obedience of the Last Adam, Jesus Christ, salvation is achieved. In justification we are not simply treated as if we had never sinned but as if Adam had fully obeyed. The Adamic covenant and merit It is common to describe Christ, the last Adam, as ‘meriting’ our salvation by his obedience. The END_OF_DOCUMENT_TOKEN_TO_BE_REPLACED

SOME THOUGHTS ON COVENANT THEOLOGY AND ON JUSTIFICATION #1   Rowland S. Ward   The Presbyterian Benner – March 2002   The origins of the doctrine of the Adamic covenant In the early years the Reformation the relationship of God to Adam was not developed in terms of the covenant idea. It was recognised that through Adam sin and death had entered the world and that death had passed on all men since all had sinned (Romans 5:12). However, this was not understood at first to have involved a breaking of a pre-fall covenant in Eden but to have been a natural transmission to Adam’s END_OF_DOCUMENT_TOKEN_TO_BE_REPLACED

POLITICS, RELIGION AND THE BRITISH REVOLUTIONS – The Mind of Samuel Rutherford by John Coffey (Cambridge: Cambridge University Press, 1997), xii + 304pp., £40. also now in paperback. This review originally appeared in the Reformed Theological Review, April 1998.   Samuel Rutherford (1600-61) was a complex character known chiefly to later generations through his much-admired Letters still in print in several languages. These evince a piety that has enriched the devotional life of evangelicals ever since. Yet this Scottish Presbyterian minister and commissioner to the Westminster Assembly was also a writer of polemical treatises which seem worlds apart from the Letters. To dip into the END_OF_DOCUMENT_TOKEN_TO_BE_REPLACED 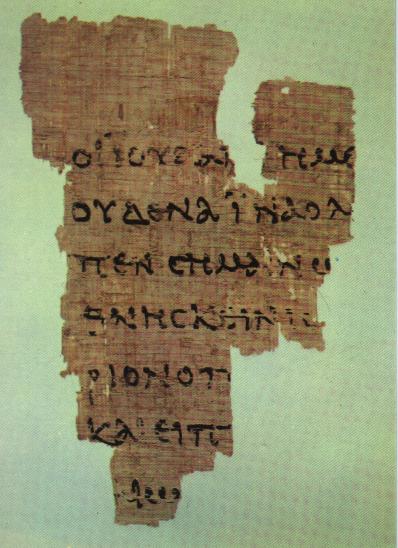 2007-12-12
12 December
By Rowland Ward
In Doctrine of Scripture: Creed and Confessions

Q. If God inspired the Bible in the first place why are there differences in the Hebrew and Greek manuscripts, and why do the common translations differ among themselves? THE SHORT ANSWER God has inspired his word so that every word as originally given was as he intended. God has marvellously preserved the original manuscripts in an abundance of copies far more numerous than for other ancient writings. The more manuscripts we have the more we are satisfied that we have the original text in doctrinal purity and very near the exact wording of the autographs. Most copyist’s errors do not even show up in END_OF_DOCUMENT_TOKEN_TO_BE_REPLACED

We have considered Subscription to a Creed and the Authority of Holy Scripture. Now the question of changing a Confession, and the issues of liberty of opinion and taking exceptions are addressed more specifically. While the Church can never pronounce on everything in Scripture, she can never consent to add to or contradict Scripture through her Confession. If she discovers that such has occurred she is bound to change, as the framers of the Scots Confession of 1560 (replaced by Westminster in 1647) pointedly stated, and as was reaffirmed in 1847 by the Free Church of Scotland Assembly when it approved the Constitutional Catechism. Revision, END_OF_DOCUMENT_TOKEN_TO_BE_REPLACED

1. Creeds & subscription Confessional subscription, that is, adherence to a doctrinal statement by office-bearers of the Church, is a subject of considerable importance, particularly for a strict-subscription church like the PCEA. It is also one of some difficulty given that we do not want to deny the primacy of Scripture by seeming to place our creeds on the same level as Scripture by not allowing any dissent from them. Indeed, even the practice of catechism preaching in the manner of some in the Dutch tradition has been one we have tended to follow only in so far as we follow the catechism subjects in END_OF_DOCUMENT_TOKEN_TO_BE_REPLACED

What is the correct relationship between the Scriptures, the tradition of the church and authority? This is not a new question but it is an important one. The Bible only? There are many who say ‘the Bible only’ is our authority, but then we face widely competing claims as to what the Bible teaches. We have all heard of extremely individualistic and even bizarre interpretations of Scripture. So the answer of the church has been to appeal to the Bible rightly and rationally interpreted. As Dutch theologian Herman Bavinck (1854-1921) put it: ‘For the Holy Scripture was not given to the church by God to END_OF_DOCUMENT_TOKEN_TO_BE_REPLACED

2007-12-10
10 December
By Rowland Ward
In Book Reviews, The Bible and Scientific Issues

by William Ryan and Walter Pitman (New York: Simon & Shuster, 1998) 298pp US$25 [See note added 6 Sept 2010 at end.] The Melbourne Age on 29/10/1999 carried a story about the views put forward by Willian Ryan and Walter Pitman, geologists from Columbia University one of whom gave a public lecture at Melbourne University on his theory. Essentially the two geologists have established that the Black Sea was once a fresh-water lake with a water level 100 metres below the Bosporus. However, in 5600 BC rising sea levels as a consequence of glacial meltwater overflowed from the Mediterranean at a rate 200 times that END_OF_DOCUMENT_TOKEN_TO_BE_REPLACED

The original paper appeared in the August and September 2000 issues of The Presbyterian Banner. Last updated here December 2007. In the last paragraph of the Church and Nation Report (Synod 2000) I wrote: As a church we have not yet come to grips with relating our theology to the working of the present world. We need a good, open discussion to help understand the Biblical view of creation and science compared to those of the medieval and modern periods. Are we mature enough as Christian leaders to do this? We have the most important message anyone can hear. Are we in danger of drifting END_OF_DOCUMENT_TOKEN_TO_BE_REPLACED

This is a shortened slightly revised version of a fuller paper written February 2001 accessible at <http://www.spindleworks.com/library/ward/framework.htm>. This version last updated March 2008. A. INTRODUCTORY 1.1 What is the literal meaning of a text? The literal meaning is commonly taken today as the surface meaning: the ordinary sense of the words is to be understood unless an obvious contradiction or absurdity results. But we Reformed have always insisted that the nature of God’s covenant administration must be considered. The prophets promise not a literal restoration of Israel but a restoration that transcends the old kingdom and brings about the conditions that deal with the inadequacies END_OF_DOCUMENT_TOKEN_TO_BE_REPLACED