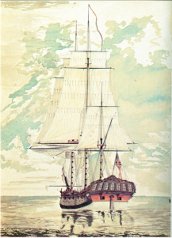 Mutiny on the Bounty   The Pitcairn story by Rowland Ward who, with his wife, recently (August 2010) spent two weeks on Norfolk Island Probably most people have heard of the mutiny against William Bligh (1754-1817) which has featured in five films and numerous articles and books. Lieut. Bligh and his crew were on an expedition backed by Sir Joseph Banks to collect breadfruit plants in Tahiti and take them to the West Indies where it was thought they would provide a cheap food source for the slaves. After several months in Tahiti the 26 metre long Bounty set sail with her 44 crew for END_OF_DOCUMENT_TOKEN_TO_BE_REPLACED